Merry Christmas!? What is the “true meaning of Christmas” and according to whom?

In a Louisville Catholic school during the 1970s, it was the celebration of Jesus’ alleged birth in a Bethlehem stable to parents who supposedly had never been sexually intimate with each other. (I use the evidentiary language not to offend, but I am a lawyer. It’s kind of my thing. ;))

We had several lessons in Religion class that reinforced this fantastic story, which never would have been accepted as true if it had occurred in our closely-knit community. More than likely, Mary would have been ostracized and called a lying slut. (Harsh, but probably true.) Joseph would have been hailed as a good man for stepping up to take on another man’s responsibility. Jesus would have been damned as a bastard child (similar to the way others shamed me for my divorced parents). Journalists and investigators would spend their lives searching for Jesus’ “real father,” and there would be debates about what a real father is. 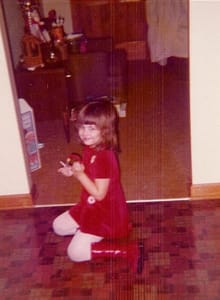 It is an interesting story that even my young, unsophisticated mind questioned. But not too much. I wanted to believe that I might not be judged for how my life looked, and going to church for me at that age was probably like a chore good girls did to stay on Santa’s “Nice List.”

So why are we hatefully spewing rhetoric about “they” who supposedly want to take Christ out of Christmas? Was there a time when He was the sole focus? There actually was, but it was for a limited number of people. Christmas has maybe never really looked like we idealize it. (It probably never will.)

The first known Christmas celebration was “Christ’s Mass” in 336. See http://www.christianity.com/church/church-history/timeline/301-600/the-1st-recorded-celebration-of-christmas-11629658.html. It probably was little more than a mass to honor the accepted Savior. Much of what we accept as “tradition” was likely pagan tradition, and the December 25th date was likely a compromise among the winter feasts, Jewish holidays and desired Christian observance. Scandinavian mistletoe traditions, Asian St. Nicholas mimicking and decorated German trees all came later and were even outlawed as pagan by early American settlers. See id.

So, as I prepare myself for Flight #2 of a three-flight trip to get home from time with my family and to be alone with my thoughts this Christmas (which conveniently falls on the first WTF Wednesday), I invite you to reflect on your own meaning for Christmas. Is Christ in your celebration? Regardless of your response, are you satisfied with your choice? Did you spend more (or less) than you could afford? How are you handling that choice? Are there any actions you need to take to not feel a loss this season? What one action could you take to make this holiday extraordinary and memorable?

Take that action now, and feel free to share your results.

Have a conflict keeping you up at night? Buy the book

Nance L. Schick, Esq. is a New York City attorney and mediator who focuses on keeping people out of court and building their conflict resolution skills, especially in business and employment disputes. Her holistic, integrative approach to conflict resolution draws from her experience as a crime victim, human resources supervisor, minor league sports agent, litigant, and trial attorney. She is a 2001 graduate of the State University of New York Buffalo Law School trained in Alternative Dispute Resolution (ADR) by the Equal Employment Opportunity Commission (EEOC). She is also creator of the Third Ear Conflict Resolution process and an award-winning entrepreneur, who has been acknowledged by Enterprising Women Magazine (Honorable Mention, 2014 Woman of the Year awards), and Urban Rebound NY/Count Me In (Finalist, 2013 Pitch Competition).